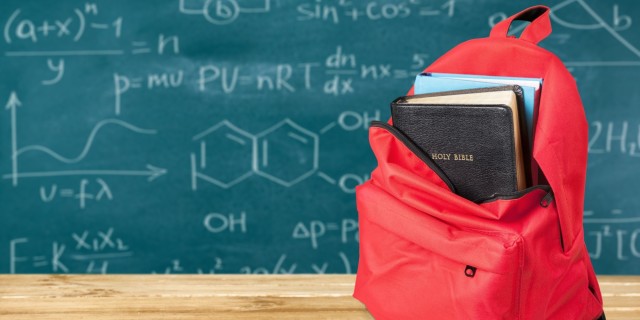 This morning on CBC’s The 180, there was a great 7-minute feature on public funding of Catholic schools. You can listen to the piece here.

The piece is really interesting. Charles Pascal, a professor at the Ontario Institute for Studies in Education, has been making the argument that Ontario should have one secular school system for some time.

The topic is re-emerging in Ontario since OPEN – One Public Education Now launched a court challenge stating that public funding of Catholic schools violates the Charter of Rights and Freedoms.

Two points struck me in this piece. First, politicians in Ontario are terribly risk-adverse and are not willing to challenge a political decision that was first taken back in the days of Egerton Ryerson to publicly fund Catholic schools. Pascal raises the question of why legislators are so afraid. Similar moves have been made in Newfoundland and Quebec in the past few years and the sky did not fall.

In Ontario, touching funding of Catholic schools is considered the ‘The Third Rail’ According to Wikipedia, the third rail of a nation’s politics is a metaphor for any issue so controversial that it is “charged” and “untouchable” to the extent that any politician or public official who dares to broach the subject will invariably suffer politically.

The second point that was very interesting had to do with public opinion about Catholic schools. According to Pascal, up to 70% of Ontario’s population is in favour of one public system, but the 30% in favour are powerful and as Pascal characterizes it ‘voracious’ in their support of the system.

I can understand this. Everytime I post on this topic, I get all sorts of negative comments and sometimes these attacks come from Catholic educators, some I worked with for years. I will get more negative comments after this post – mostly in the vein of not being ‘loyal’ or being naive about how the world works etc, etc. I will be unfollowed or blocked by more Catholic educators. So it goes.

To be clear, I worked in the Catholic system for 31 years the last six as a principal. Based on my experience, there is no logical reason for keeping this system in place. I was a committed Catholic educator for all these years, but to me fairness and equity are more important that propping up a system that is now an anachronism.